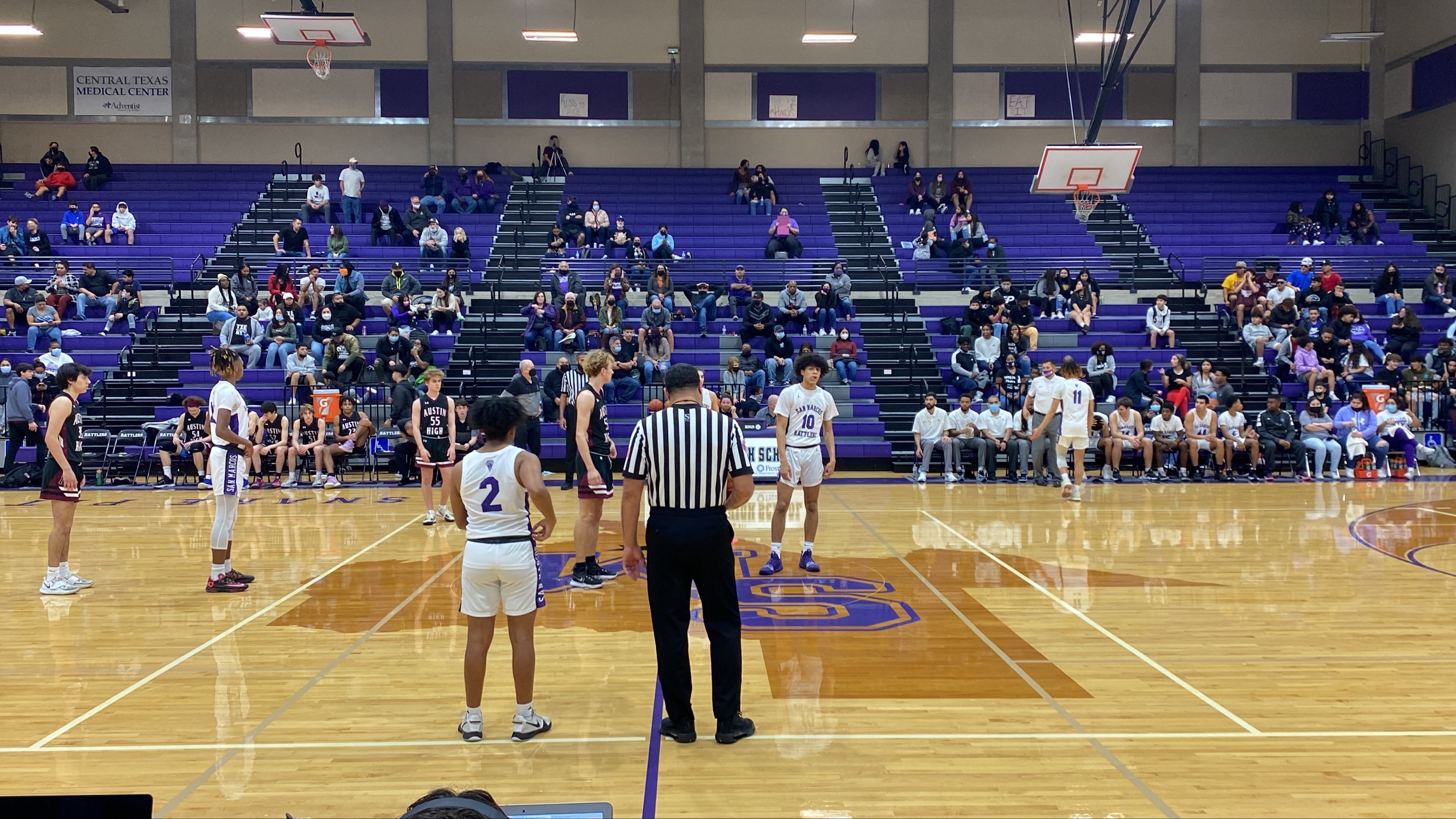 The Rattlers came out with energy from the opening tip as they went on a 6-0 run. It was smooth sailing from there, led by Kaden Gumbs hot hand, scoring San Marcos’s first two baskets. The Rattlers kept applying pressure coming out of the timeout, and they pushed the score to 19-0 at the 3:51 mark in the first quarter.

Pressure and easy baskets were the recipes for success in the game. The 19-point lead San Marcos had would be as close as Austin High would get to competing in this game. Junior guard Kaden Gumbs finished with 18 points and some excellent passes, putting his teammates in the right position, including an alley-oop to Junior forward Malik Pressley, who also finished the game with 18 points.

Key contributions from Junior forward Mateus Perkins, who had 12 points. Freshman guard Cash chipped in 8 points of his own. In this matchup everyone got to shine on the San Marcos bench, nine out of ten players scored in the games.

San Marcos played a good game from the opening tip-off to the last second of the game. There was nothing Austin High School could do.

When asked about what went into their preparation for the game, Kaden Gumbs said, “There wasn’t much preparation for this game,” he said with a smile. “We know what we have to do against teams of less caliber and we executed.”

I asked Gumbs if it was important for San Marcos to get into a rhythm heading into the playoffs as district play is coming to a close. The junior guard told me that it is essential.

“It’s very important; we have those powerhouses in Lake Travis and Westlake,” he said. “We have those tough challenges, so we have to be on our A-game, and I think we will be prepared.

San Marcos’s next game will be at home against Del Valle High school on Tuesday, February 1, in the Snake Pit. You can listen live on KTSW FM 89.9 San Marcos. 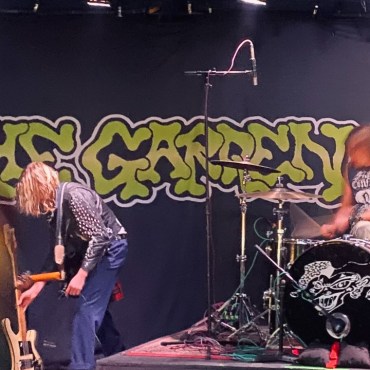 By Cassidy Segovia Music Journalist After postponing their Kiss My Super Bowl Ring tour twice since 2020, The Garden is back and performing on tour once again! The Garden is an experimental rock band from Orange County, CA consisting of twin brothers Wyatt and Fletcher Shears. They have released six full-length albums since 2012, and have even published their own record labeled, Vada Vada, based on their self-created musical genre. […]