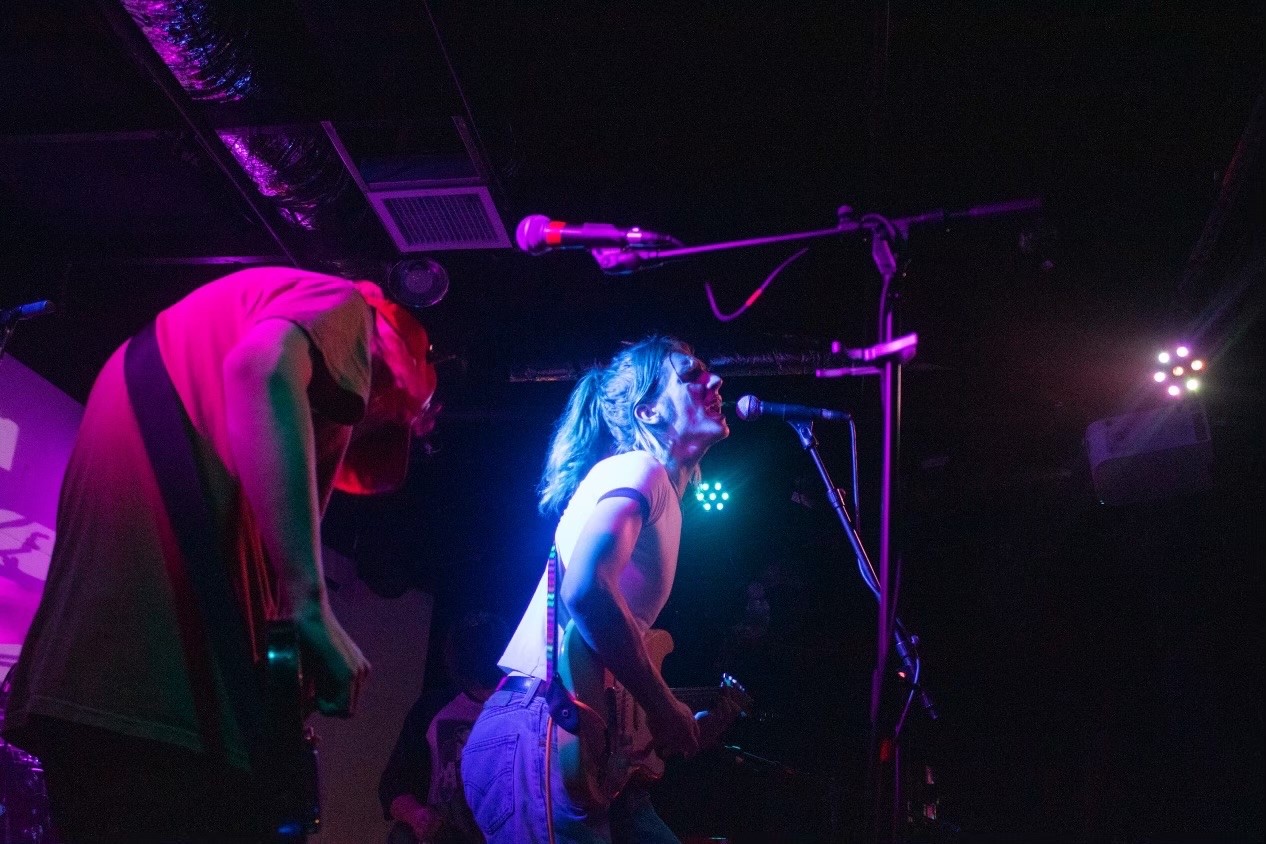 Concert audiences usually come to see their favorite band perform, unaware of the members’ personalities or external lives. However, for Greer, their fame extends beyond music.

Greer is a band consisting of lead singer Josiah, guitarist Corbin Jacques, bassist Seth Thomson, and drummer Lucas Ovalle. Their music quickly rose to popularity due to their past individual internet virality, as well as; Josiah and Lucas’ connection to Youtuber and internet personality Drew Phillips.

The band was created in 2018 and was named and dedicated to Ovalle’s late girlfriend, Emma Greer, who passed away in 2016. Although they started off small, their relationships with popular figures helped elevate them to music fame, specifically through their appearances on Phillip’s YouTube channel.

The opener, Disq, reminded me of the basement house shows I frequented in high school. Their chemistry as an ensemble was undeniable, with their clear enjoyment of playing together rousing the same energy in the audience.

Their sound cleverly blends punk, indie rock, and midwest emo, with each band member taking turns on vocals. The setup was unusual, with 4 members in a straight line along the front of the stage, rather than staggered and angled towards each other. I originally saw this and thought it would make synchronicity and connectedness between the members difficult, but it fostered a sense of equality and cohesiveness.

The liveliness created by Disq continued and was elevated as Greer took the stage. I have been to many shows with extremely passionate fan bases, but this audience was overwhelmingly rambunctious in the best possible way. The air was filled with excitement and die-hard elation, as fans whipped out their phones and screamed as Greer simply entered the venue.

Greer’s comfortability and familiarity with being in the public eye translated seamlessly into their on-stage charisma. Josiah and Thomson engaged the crowd, addressing them cordially with British accents and cracking jokes between almost every song.

Their music is the definition of current, trendy indie rock. Each track was energetic, catchy, and buoyant. While simplistic, their lyrics are easy to connect to, discussing the common struggles of love and growing up. Their sound is reminiscent of the Backseat Lovers and Sarah and the Sundays.

Even though it was a small venue with about 150 attendees, the audience’s singing overwhelmed Josiah’s vocals, drowning them out with passionate declarations of relations to his songs. Still, his vocals remained steady throughout, belting passionately with his tonality and vibrato remaining intact.

Bassist Thomson’s enthusiasm and engagement were unmatched, and he spent the latter half of the show wearing a hat given to him by a fan at the front of the stage. I was shocked to see that as the band entered for the encore, Thomson was not with them, but was at the back of the venue right behind me. He energetically tore through the crowd to the stage, somehow not being completely mobbed, as flashes from fans recording illuminated his face.

Although each member is popular on the internet, they were incredibly welcoming, and as an audience member, I felt like I was attending my friends’ show, rather than a performance of people with hundreds of thousands of followers.

After the show, we stuck around and talked to the band members. I was shocked at how approachable they made themselves, and we had the warmest, genuine conversations with Josiah and Ovalle. To my surprise, Ovalle told us he has only been playing drums for 4 years. He did not miss a beat, handling the complex rhythms of each song with ease.

We also happened to bump into Drew Phillips and were starstruck. He was incredibly kind, and we had an affable discussion about Lake Travis, KTSW, and his frustration with not being verified on Instagram (which is an absolute travesty).

Greer surpassed all my expectations, their stage personas and energetic performances crafting the ideal concert experience. I am looking forward to hearing what they release as they continue to explore their sound and indulge in their clear dedication to their art and fanbase. 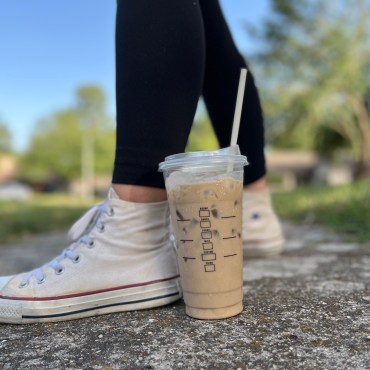 By Camryn Cole Web Content Contributor It’s the adjective we all have heard at some point in our lives, usually as an insult. I was first described as “basic” by one of my peers when I was 11 years old. I simply loved cartoons, the music from Disney Channel stars, and running outside on the playground. Essentially I was told that my interests were unoriginal at a young age. However, […]