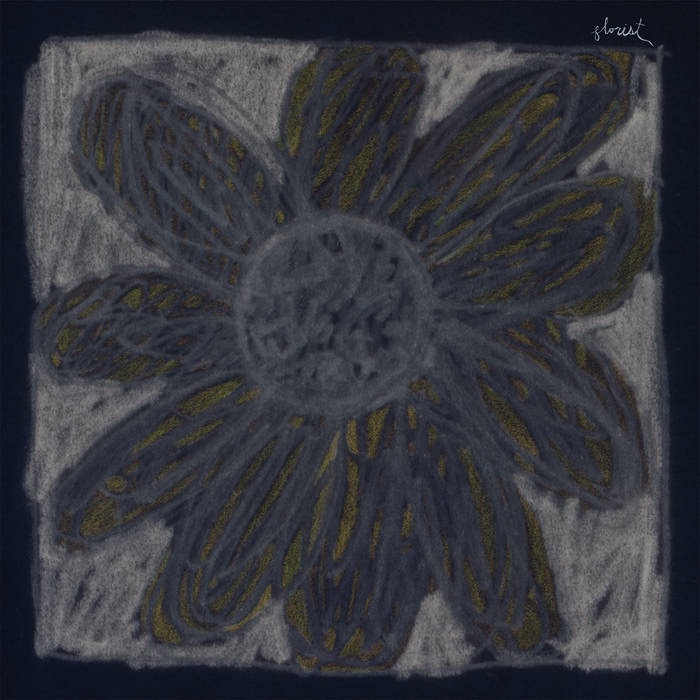 As summer winds down and busy schedules begin, I am left with mixed feelings. There is a beauty in a season ending, how the Earth shapeshifts in a stunning yet melancholy way. Florist’s self-titled album release gorgeously captures this natural dissonance.

Florist, a project consisting of Emily Sprague, Jonnie Baker, and Rick Spataro, released their 4th album on July 29. The self-titled work clocks in at an hour yet contains a staggering 19 tracks, containing ebbs and flows between instrumental and vocally led tracks. Almost every other song is a short, beautifully crafted instrumental track, creating a dynamic, entrancing experience.

The sound of Florist is difficult to describe, having unique sonic combinations that enhance their simplistic, gentle songwriting. Sprague’s vocal performance is reminiscent of early Billie Marten projects, while the accompanying instrumentation experiments with acoustic, electronic, and brass, immediatelyevoking a similar feeling to Bon Iver’s self-titled album.

We are escorted gracefully into this creative endeavor with “June 9th Nighttime”, an instrumental track with sweeping synths and a bending melody that evokes a sense of longing as each note pulses. It is backdropped by ethereal sounds of the night, with chirping crickets serving as percussion. This feels like the perfect opening track, capturing the breathtaking dichotomy between the gloomy and peaceful solace of sitting outside at night, gazing at the moon and stars.

The crickets can also be heard rhythmically buzzing in “Spring in Hours” and “River’s Bed,” as Sprague’s voice floats above, lamenting on her experiences with relationships, family, and life through the lens of nature. Metaphors abound through her songwriting, vividly expressing a wide range of emotions and thoughts through unique aspects of our natural world.

“River’s Bend” is perhaps my favorite track and is the grimmest lyrically, with Sprague dejectedly singing “comfort comes from no one, comfort knows no one.” The song ends with droning horns that are muted as if to accentuate the somber bleakness of the track.

“Bells pt. 1, 2, and 3” are the tracks that deviate most from the soft, acoustic, melodic sound of the rest of the project. They feature dissonant bells, chimes, and synths that grow in variety and length with each part. Scattered throughout the album, this trilogy serves as abrupt breaks in serene listening, furthering thematic elements of change, growth, and discomfort.

When it comes to a full sound, “43” and “Sci-fi Silence” deliverthe catchy, layered instrumentation absent from other tracks. The crescendo of gritty electric guitars at the end of “43” perfectly encapsulates the project’s emotional breaking point, ushering in a different tone for the second half of the album.

The lyrical storytelling of this project is incredible, yet I feel like the track that the most thoughtful narrative is told in the instrumental track “Duet for Two Eyes.” It features ambient synths with two distinct melodies and octaves, representing two sets of eyes as they dance and entangle with each other. The synths fluctuate between harmony and dissonance until they finally merge into cohesive chords, almost as if the eyes have finally met and are locked together.

This album has a compelling sense of aimlessness. The synths, acoustic guitar, and falsetto vocals intertwine and wander, building a world of unrequited yearning. Just as nature has a striking unpredictability, this album is uncertain and roaming, yet it emphasizes the beauty of accepting ambiguity and finding comfort in the unknown. 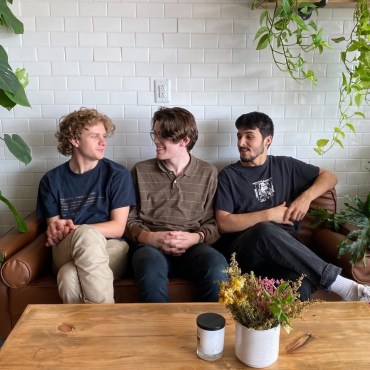 By Avery Viers Local Music Director In preparation for KTSW’s upcoming Third Thursday event on Aug. 18th, I was anxious to meet up with San Marcos based-band, Arbordae, to learn more about the three Texas State University creatives expected to take the stage this month at The Porch. Curtis Rowe, Caleb Alvarez and Ethan Lugbauer made for easy interviewees on Aug. 12th, shortly after I arrived at Stellar Coffee Co. […]