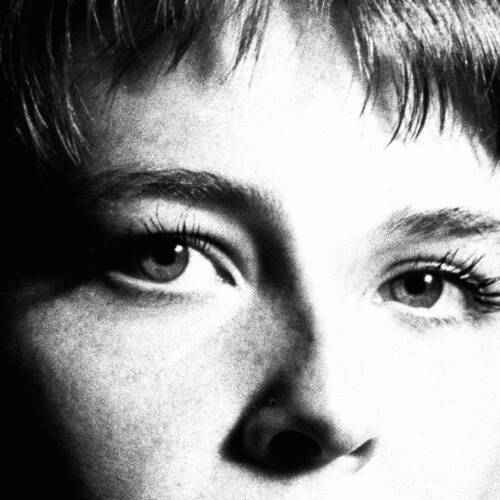 Maggie Rogers has done it again, and this time in a way that can be described as freeing and enchanting. Rogers expresses her experiences and emotions in a manner that not many modern artists do. She sings of angst and wanting to break free, emotions that many young adults face. Her sophomore album, Surrender is chock full of incredible vocals, passionate lyricism and the conjuring of emotions that you forgot were hiding in your psyche.

Surrender is a nearly two year project created by Rogers. She wrote this album in the years following the release of Heard It In A Past Life, her first studio album. The album was released in late July to perfectly top off the summer with incredibly moving songs. Rogers also released singles prior to the release of her sophomore album which created an abundance of hype surrounding the album.

“Overdrive” kicks off the album as an upbeat and 80’s movie sounding track. Rogers’ vocals strike the listener as she shows off her ability to draw in an audience to really listen to the lyrics she is singing. Overdrive sings of being dragged through the mud in a relationship that is not giving you the effort that should be reciprocated. She gets put into “overdrive” by staying with her partner that is barely responding in the way that a relationship requires.

Rogers then moves on to “That’s Where I Am”, her first single released from this album. This track encapsulates Rogers’ witchy nature and incredible songwriting all in one. She sings of the feeling of belonging to someone and the yearning nature of that attachment. The lyricism on this track is breathtaking and it truly sucks you into the rest of the album.

“Want Want” is my personal favorite song on the entire album. The first 5 seconds of the track “hypnotize” the listener with the quick vocals and intense drumming. I thoroughly enjoyed how this song starts strong and does not fade out until the end. “Want Want” explores the idea of owning up to what you want and being unashamed about it. This fast paced song was released as the second single of this album.

“Anywhere With You” and “Horses” , the fourth and fifth tracks on the album, gave me the most intense chills of my life at first listen. Rogers went above and beyond on this record and it shows throughout every note and every lyric. She really demonstrates her heart for creating music and expressing emotions that do not always come easily in spoken word. “Anywhere With You” tells about wanting the kind of love that drives you crazy and wanting to go anywhere with them whereas “Horses” sings about wanting to feel freedom.

Tracks 6 and 7 are the most soundtrack-like off the whole record. These songs feel like they would perfectly fit in any movie soundtrack. “Be Cool” has a synth pop feel that the previous tracks did not offer. The song tells the listener to slow it down and let yourself surrender to the external stimuli around you. “Shatter” has some very obvious 80’s pop influence. This track would fit into a John Hughes movie a little too well. “Shatter” explores the concept of needing to feel something with someone you are longing for.

Slowing the record down a bit more, “Begging for Rain” serenades the listener with a song that reminds me a lot of her old music from Heard It In A Past Life. Rogers sings with her guitar about waiting to feel something and begging for a moment that will finally evoke some sort of spark inside of you. “Begging For Rain” is a gentle tune but is still extremely powerful in its meaning. When this song comes on shuffle, I can not help but hold back tears at her truly touching lyricism.

“I’ve Got A Friend” sings about the special connection between best friends. Her fun lyrics and sporadic instrumentals in this song makes it stand out on the record. You can really tell that Rogers had a ton of fun creating this song that makes me want to tell my best friends how much I love and appreciate them.

Track 10, “Honey” shows off Rogers incredible vocal range that makes her stand out the most. She has one of the most powerful voices in the industry right now and made sure to utilize her vocal abilities on this track. “Honey” tells the listener that there is not anyone that can tell you what to do with your life except yourself. This is a lesson that many young adults need to hear as they enter and leave college.

“Symphony” reminds me so much of one of her earlier songs “Dog Years”. It displays a cool rhythm and vocals that easily put you in a trance. This track paints a picture of being with someone and forgetting the world around you when the world feels like it is falling apart. Together, Rogers and her partner create a world between them that evokes a symphonic feeling in their minds.

The final track, “Different Kind of World” sings about the harsh state of the world around us and how its shaping us. As we endure pandemics, loss and heartbreak we need to rely on the people around us to help keep us sane. Rogers beautifully puts that “When we’re ridin’ all together, It’s a different kind of world”.

Overall, this record touches base with a lot of feelings that we may have repressed since the beginning of the pandemic and learning to know freedom again.

Jordan Young News Director SAN MARCOS- Monday brought heavy thunderstorms to San Marcos. Texas State students and San Marcos residents should expect to see showers and thunderstorms navigate through the Hill Country area until at least Wednesday.  The National Weather Service issued a flood watch yesterday to the following counties, Hays, Travis, Williamson, Bastrop, and Caldwell. According to the NWS, the flood watch will be in effect until Wednesday afternoon. […]