Album Review: A Lighter Shade of Blue by Christina Perri 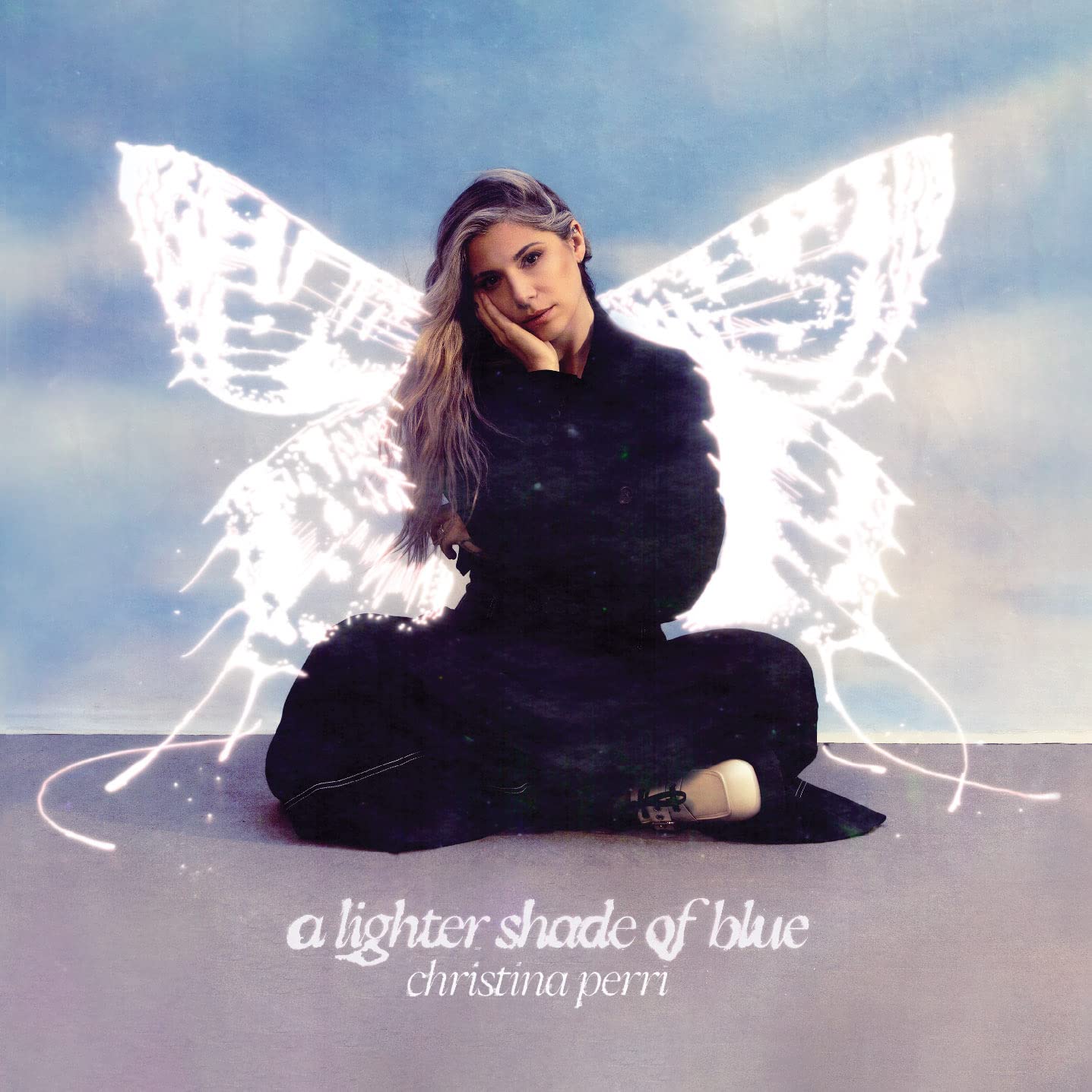 Christina Perri is a singer-songwriter that constantly stuns, a musician who has had several hits over her career. “Jar of Hearts” from Perri’s debut Lovestrong launched her into stardom more than a decade ago, while “Human” from her follow up Head or Heart in 2014 became a hit as well. None of her songs had nearly as much impact as “A Thousand Years” from the final movie in The Twilight Saga. It has more than two billion views on YouTube and is certified Diamond with over ten million copies sold. Despite this insane success, Perri keeps a low profile and prefers to make music for the joy of it; rather than to sell out and play stadiums. In late July, Perri released her third studio album, A Lighter Shade of Blue, which marks her first full length album in eight years.

In the time between, Christina Perri released two EPs. Songs for Carmella is a collection of lullabies for her firstborn daughter, and the subsequent EP, Songs for Rosie, was a more melancholy collection for her stillborn daughter. With A Lighter Shade of Blue, Perri uses her life experiences, now 35 years old, married, and a child, with one on the way. She reflects on her alcoholism, depression, miscarriages, and motherhood. She opens with “Surrender”, which is a song about feeling as though she is “broken wide open”. The song is a sort of mental conversation in the midst of a depressive episode, where Perri’s wondering if she should “just surrender instead”. With “Evergone”, the first single, Perri sings about all that she’s lost, including her daughter, and states that “no one is evergone” in your dreams, memories, and all else that you carry with you. She states that she’ll “grow around the pain” instead of trying to move on or get over it.

Reflecting on her depression in a more mature and adult way, Perri accepts in “Blue” that she’ll never completely be rid of it. Instead, she can only “turn a lighter shade of blue”. “I’m older now, it’s colder out” she sings as she goes through the ups and downs of this affliction and commits to getting better each day. She explores this theme of slow, hard work further in “Tiny Victories”. She strongly states over a solo piano that “every day that I don’t hide myself away” is a “tiny victory”. Wearing her affliction on her sleeve instead of holding it inside to herself has made her “a little more broken open, but a little more free” as she encourages others to do the same. It is honestly my favorite track of Christina Perri’s discography, as the chorus starts with the inspirational statement: “if battles can win a war, I can keep picking my sword up off the floor”, no matter how old you are or how long you’ve been dealing with this, you’re never too far gone to keep trying.

Finally, Perri ends the album with the poetic and blue “Roses in the Rain”. Named after her stillborn daughter, Rosie, it is a simple song with three verses and no chorus. The song describes Perri walking around the city on a Monday, doing typically mundane tasks with a tinge of sadness. Everything she does reminds her of the “roses in the rain”, and she describes the clouds “hanging low around her heart” as she sees children on their way to school or walking into a supermarket alone. In the third and final verse, Perri wonders “where the spirits go when they are gone” as she sits around ruminating on her recent loss.

A Lighter Shade of Blue was nearly ten years in the making, and it was most definitely worth the wait. The experiences Perri had in between this and Head or Heart gave this album a unique perspective and heart that I can’t imagine it being without. Her songwriting and simple instrumentation consisting mostly of piano and acoustic guitar are calming and reflective. Her sweet vocals create a feeling that cannot be replicated by just anyone.