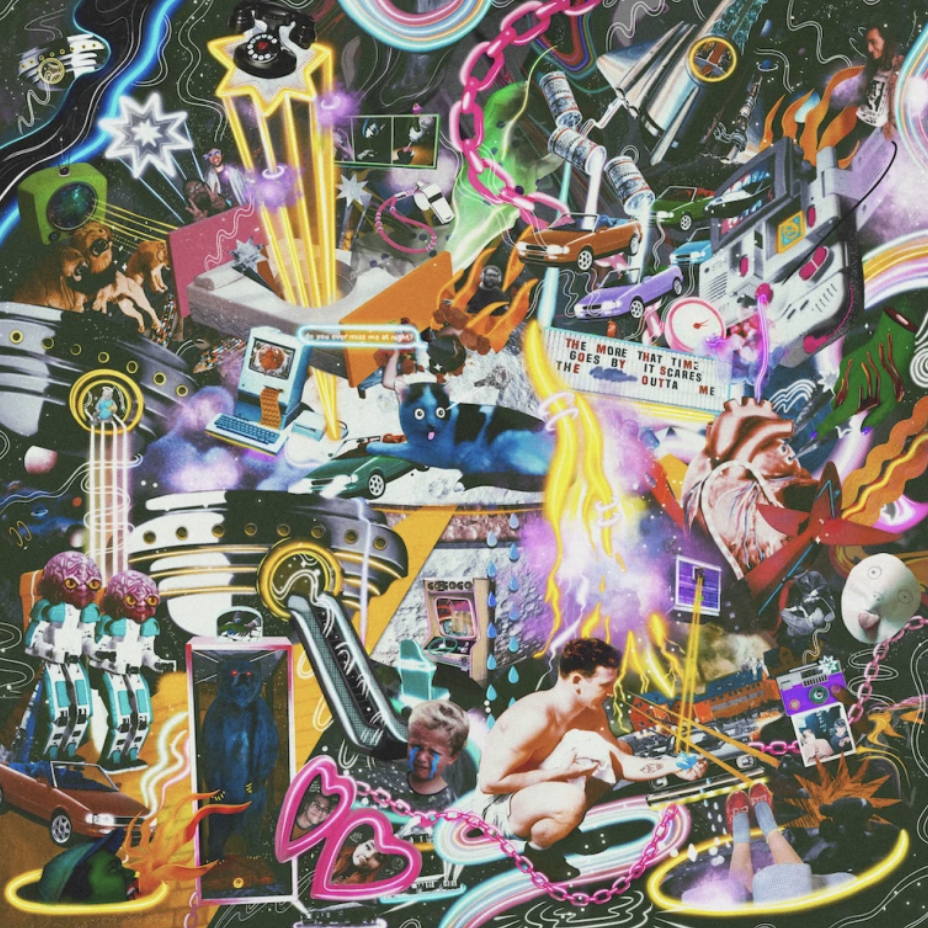 Many of us had an angst-filled favorite band or two to get us through the trials and tribulations of the high school drivel that seemed like the most important, life-altering matter at the time; for me, this band was Prince Daddy & the Hyena.

The band’s quirky name with an untraceable origin and their coarse, ruggedly angry guitar-driven sound drew me in during the fall of 2018, just months before the release of their sophomore album, Cosmic Thrill Seekers.

Cosmic Thrill Seekers is a concept album inspired by frontman Kory Gregory’s anxious mental state induced by The Wizard of Oz and a calamitous experience using LSD, which Gregory set out to recover from. The record takes the audience through this journey in three “acts,” each representing a character from the classic film The Wizard of Oz and a part of himself that he found instrumental in the recovery process. 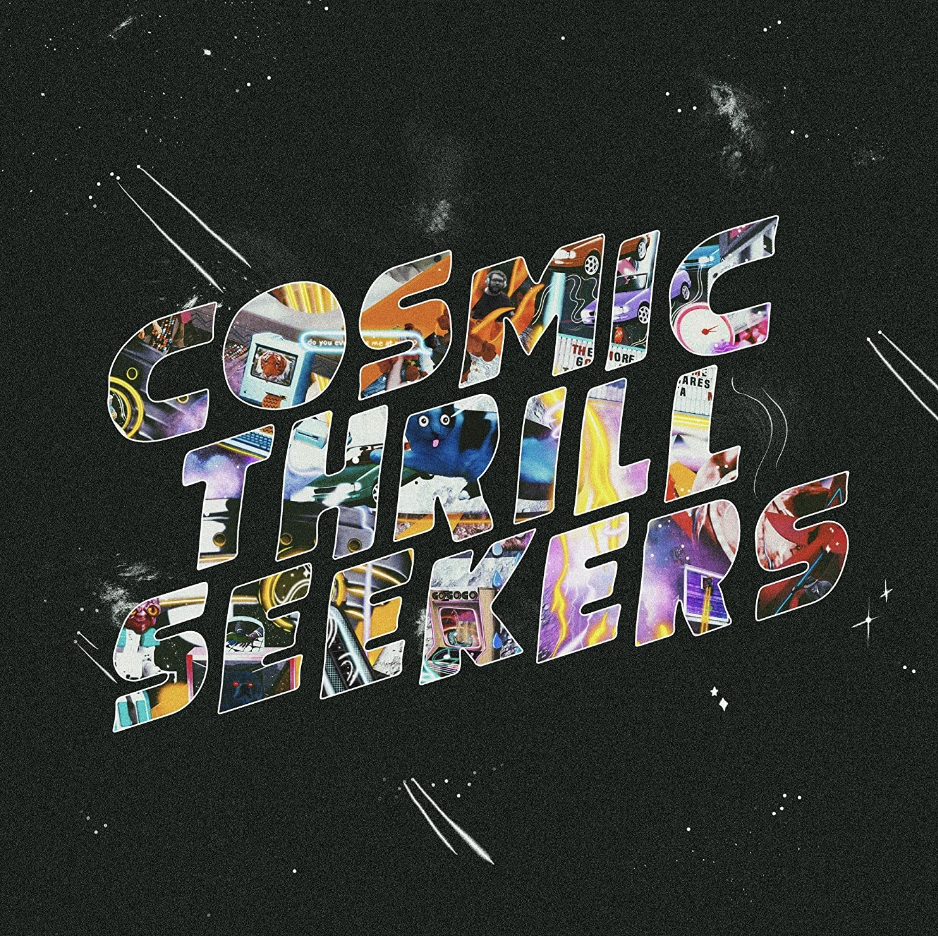 Act 1, The Heart / Passenger, is softly launched by the first track on the record, “I Lost My Life,” which begins with a gentle acoustic chord progression accompanied by a peaceful yet clunky piano melody that gives Act 1 a theme to carry: wistful, though manic. “Lauren (Track 2)” gives the rest of this act context with dark lyricism about feeling abandoned, which is disguised by Gregory’s shrill screams, heavy distortion, and a drum track that could cut through the roar of a jet engine.

“F*ckin’ A” and “Dialogue” speak on the self-destructive war being waged in Kory’s head by reflecting on his past and how he ended up rotting alone on his couch with only the company of his anxieties; this is exemplified in “Dialogue” with the nostalgic sound of a bell kit that aligns with Kory’s enchanting vocal melody before the song rips into action and a wall of sharp guitar riffs and harmonies hit you in the face like a kickball in an elementary schoolyard. The lines, “You know you’re not stuck for good, right?/Even if that what it feels like,/I learned that one in a past life,” that Kory sharply screams enhance the feeling of that proverbial kickball striking you in the face. Act 1 closes with an emotional rollercoaster, “Cosmic Thrill Seeking Forever,” which is the most transparent representation of what Kory means by “the heart” and his inner conflict between his thoughts and feelings. The trade between soft, arpeggiated orchestral-like instrumentation coupled with delicate vocals and the polarizing yells from a combatant soul is a powerful display of the crossroads between Kory’s destructive manic state and his drive to improve himself.

Tracks 6-9 make up Act 2: The Brain / Driver. “Slip” sums up the limitations of isolation and how futile the attempt to hold out for better days can be. Act 2 is the ultimate depiction of the instability and anxiety that, counterintuitively, comes with the search for stability. “The Prototype of the Ultimate Lifeform” delivers that same feeling of being gutted by insecurity and introversion with Kory’s self-callout that leads the song into the chorus: “You’re so pathetic!”

“Breather” and “Ursula Merger” are the last two parts of the act and continue the storyline begun by “Slip” and “The Prototype of the Ultimate Lifeform” but in a more poppy manner. The bright tone set by the last two tracks, completing Act 2, juxtaposes the looming feeling of aloneness that radiates from the dreary words cried out by Gregory.

Act 3: The Roar / Random Passerby symbolizes the freedom from the shackles of darkness and anxiety that Kory subsequently reaches; it is effectively the most tenebrous yet poetic and complete act of the three. “Dream Nails” feels like reaching rock bottom: you’re encompassed by defeat and will look to anything to try and claw your way out of whatever black hole you’ve stumbled into. The serenity and stillness of the track are unique to the record and offer a humble beginning to Act 3. “C’mon & Smoke Me Up” would comparably be the first step in finding your way out of the aforementioned black hole. The energized track is not only a reflection of Kory’s begrudging experiences that launched him into this grim psyche, but a call to action; “C’mon & Smoke Me Up” is Kory realizing that it isn’t his reliance on other people that will save him, but his reliance on himself and holding himself accountable.

The following tracks, “Trying Times” and “Klonopin,” tell their own story in Kory’s quest for peace of mind. “Trying Times” is a grouchy cerebration of all that is in the way of Kory’s goal, and “Klonopin” is how he’s dealing with it, whether through healthy means of coping or not.

Lastly, “Wacky Misadventures of the Passenger” is the sparklepunk ballad of the decade that closes out the record. The song is the final feat of our hero and songwriter, Kory Gregory, and concludes his journey of self-betterment. Each verse almost sounds like it could be its own track, but its melodic and lyrical cohesion brings it together in a focused attempt to express how the helplessness of any plight can be overcome. Enterprising and dynamic, “Wacky Misadventures of the Passenger” is a collective of every emotion and concept explored by this record, using fast-paced rhythmic devices and blaring riffs to carry Kory’s tune of triumph over his own mind into the cosmos. The song ends with the opening melody from the first track, “I Lost My Life,” leaving the audience to listen to the album on an endless loop as it feeds back into itself, closely mirroring the cyclical struggle with mental health and how it isn’t something that dissipates for good.

Cosmic Thrill Seekers is a record that has stuck with me all these years and has seen every side of my changing self as I’ve grown and gone through my own excursion of self-improvement, even though it didn’t take a bad acid trip to induce. Cosmic Thrill Seekers presents a raw depiction of what reinvention of the self looks like and how it feels like it takes a trip to the moon and back to reach.

Caption: A collage of content curated by Prince Daddy & the Hyena for the release of Cosmic Thrill Seekers

Alt-Text: Images and drawings depicting themes related to Prince Daddy & the Hyena’s 2018 album, Cosmic Thrill Seekers are curated into a collage to promote the album’s release.

Alt-Text: The words “Cosmic Thrill Seekers” are written across the center of the cover in front of a background filled with stars, resembling Outerspace. 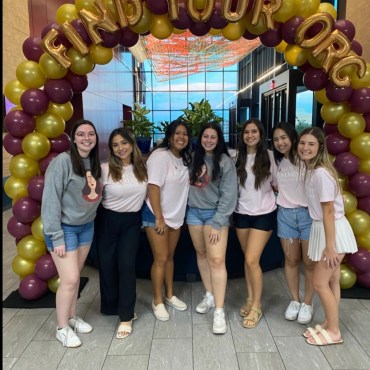 Organization of the Month – Women in Business

Katie Krupinski, Community Relations Director The organization I chose to promote this month is Women in Business (WIB). This organization was created over a year ago and originates from Spring of 2021. The mission of WIB is to create a space of sharing knowledge and ideas as well as forming a conversation around the realities a woman faces within the workforce today.  WIB discusses topics that are curated for their […] 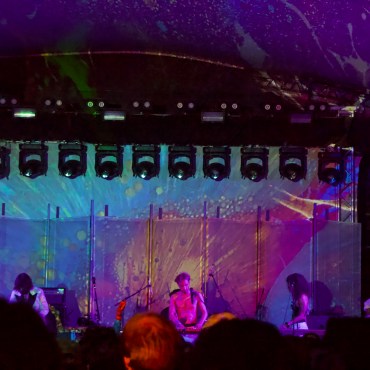