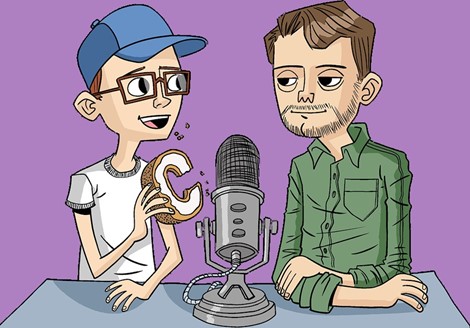 A short drum intro, and then:

Thus, is the intro song for the podcast “Blank Check with Griffin and David.” The hosts of nearly every single episode are actor Griffin Newman, best known for his work on Amazon Prime’s “Tick” or Disney’s “Disenchanted,” along with Atlantic staff writer and critic, David Sims.

For nearly eight years as of 2023, Newman and Sims, their producer Ben Hosley and a bevy of notable guest stars and friends of the pod, have been breaking down filmographies; more specifically, directors who have massive success early on in their careers and are given a series of so-called “blank checks” from Hollywood to make whatever crazy passion projects they want. As is the case with any creative, some of these checks clear (make a great deal of money, critical success, lasting legacy, etc.), and some of them bounce (See, Tim Burton’s “Planet of the Apes” remake following over a decade of financial successes).

I was first introduced to “Blank Check” by my older brother through repeated casual namedrops in conversation. During the 2021 leg of the COVID-19 pandemic, the podcast was a

lifesaver to a budding young movie lover going through a junior year beset on all sides by isolation. I’ll be honest with you, there’s pretty much nothing I love more than movies, and the unexplainable joy they fill me with is channeled so well throughout every episode of “Blank Check.”

The show began its life in early 2015 as “Griffin and David Present: The Phantom Podcast,” in which the Two Friends, the name by which they often refer to themselves as, posit a question: what, if anything, is “Star Wars Episode I: The Phantom Menace about?” The query is based around the idea that no other “Star Wars” movie or property has existed before or since 1999, and that “The Phantom Menace” is a standalone project. The duo and their wild card of a producer spend 11 episodes in total on the movie, before analyzing the next two films in the “Star Wars” prequel trilogy for ten episodes each.

An exhaustive analysis? Surely. An exhausting analysis? Even moreso. An entirely entertaining experience with no dearth of laughter and nearly incisive takes on 20-plus year-old films? 100%. Out of this experience, “Blank Check” as we know it now was born, beginning with the works of M. Night Shyamalan (“The Sixth Sense,” “The Happening”), all the way to the present where, as of the writing of the article, the duo are covering Henry Selick (“The Nightmare Before Christmas,” “Coraline”).

I could certainly rhapsodize about the complex lore of the podcast and their inside jokes, but I would be remiss to not make note of many of the more underrated aspects of such a robust podcast. For one, it is impossible to avoid the presence of advertisements in any good program offered for free, and “Blank Check” is no exception. What Newman, Sims and Hosley do offer, however, are ad reads with casts of characters, impromptu admissions of confusion as to what’s happening in the studio and committed recommendations for products on display.

It cannot be overstated the importance of holding audience attention during such segments, and “Blank Check” usually has me by the collar.

Additionally, during the COVID pandemic, pretty much every podcast out there had to transition to the bane of classrooms, Zoom recording. This often resulted in notable drops in audio fidelity, joke reaction times and host commitment to the format; “Blank Check” has had nearly none of those.

The shift to remote recording for the show in all three departments was nearly unnoticeable, something that can be attributed to podcast producing veteran, Ben Hosley. This just goes to show the deeper level of care, dedication and work ethic that the “Blank Check” crew continually have for the high-quality product and its fans that they’ve devoted so many years to.

To scroll through the social media accounts of “Blank Check” is to see content that feels so personal to the atmosphere of the show and the culture that the co-hosts create. It’s all too common to see a podcast with a Twitter page full of promotions for upcoming episodes and little else, but the “Blank Check” social medias are top-notch. All too goofy behind-the-scenes escapades, off-mic Slack banter and pictures documenting movie theater trips give newer listeners a strong sense of who the hosts are right off the bat and grant more dedicated fans a peek behind the curtain into the production of the show.

Controversial topics are often remarked on either barely in passing, avoided entirely to avoid contextless clips to run rampant, or tackled in-depth with guests who are knowledgeable and have personal histories with the films. They even employ a PhD researcher, Dr. JJ Bersch, to ensure that not a single stone is left unturned.

However, the biggest draw for me and the Blankies (“Blank Check” fans, as coined by highly prolific guest, Emily Yoshida) of the world to return to “Blank Check” week after week, is the pure lack of pretension when approaching the content. With movies becoming more and more divided in recent years between populism and artistic intent, it can feel cold to see “cinephiles” discussing, say, the complete works of Stanley Kubrick; this is simply not the case with Newman and Sims.

The hosts met doing movie trivia in bars in New York, and you can feel that the energy has remained throughout the years. They care about each other throughout ribbing and slogs of truly terrible pieces of cinematic history. There is warmth in hearing Newman list the nicknames of Hosley that pile up miniseries after miniseries, or Sims groan when a bit has run its course far too long, or a guest that might feel a little too famous for the show (Lin-Manuel Miranda on the “All That Jazz” episode, anybody?) comes and you can hear the boys try to be their most restrained and then relax when a regular friend of the show returns.

I enjoy “Blank Check” with every ounce of my heart. It’s the only podcast I pay money to get more, as the $5/month Patreon offers trimonthly bonus episodes based on the current miniseries and commentaries for franchise films. It’s also pretty much the only podcast I listen to, at least with enough frequency to drown out every other podcast I listened to over 2022 on my Spotify Wrapped.

While writing this, I’m listening to the trio watch 2007 Nicolas Cage classic “National Treasure: Book of Secrets” and having just as grand of a time as I did riding my bike two years ago and listening to a needlessly in-depth “Phantom Menace” analysis. 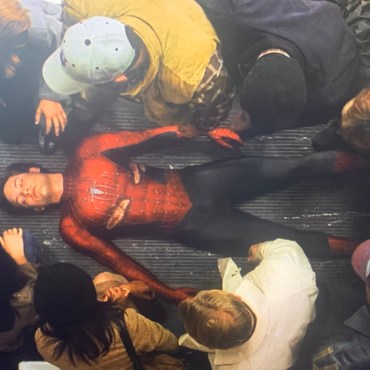 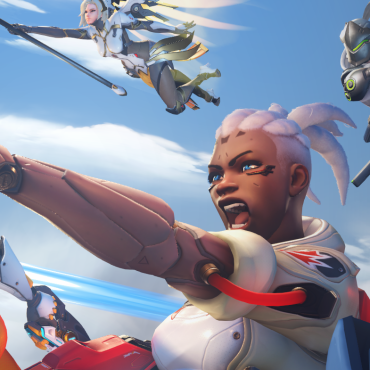