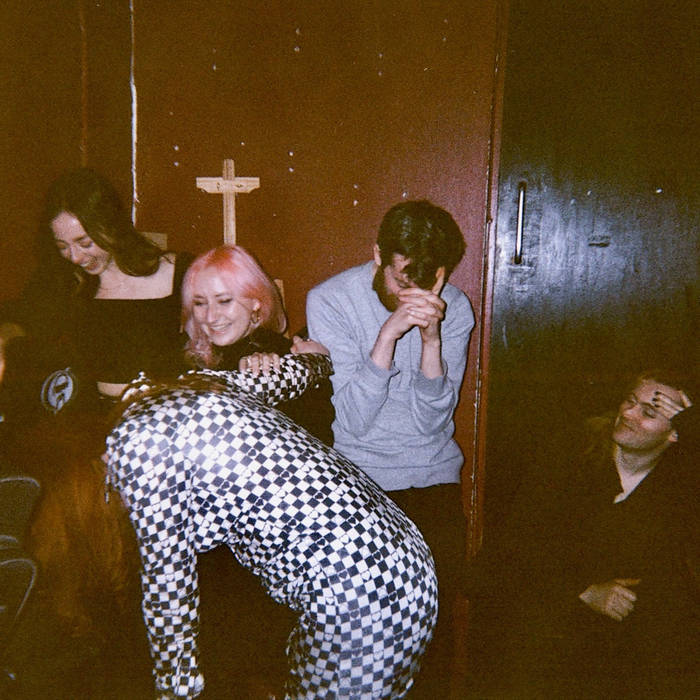 If you frequent Austin, TX near Red River, you may be familiar with the iridescent sticker pasted throughout the streets reading “GHOST A POST-PUNK BOY TODAY.” I became familiar with this motto – and began practicing it myself – when I realized the connection between a band my professor recommended that I see while studying abroad in Cork, Ireland. I now own a tote bag from the band’s merch table, matching myself to the lampposts in my favorite city of music.

M(h)aol (male) is a post-punk band hailing from Dublin, Ireland. Their first and latest EP, Gender Studies, incorporates lead singer Roisin’s studies in gender for her master’s degree. Roisin expresses herself through poetry, lending her lyricism to her band, consisting of two bassists, a drummer, and a guitarist. M(h)aol’s creative director, manager, and audio engineer fills a spot as a bassist.

M(h)aol’s performance at The Lord Kingsale was a part of Kinsale’s arts festival, hosting live music, readings, and talks throughout the city for a weekend in July. The quaint tavern lies in the middle of Short Quay and houses a small bar alongside a cozy den where the stage resides. Led by opener Mantua, the crowd communally sat on the floor matching Elaine Malone’s position onstage. The crowd was lulled to sleep by angelic vocals atop lo-fi beats while Elaine effortlessly played a piano accordion.

Mantua created a sonic tranquility that resounded throughout the pub, creating an environment homier than any venue I have attended in the states. M(h)aol’s presence ignites the untapped duality of the cozy music venue, lifting audience members to their feet for a dynamic performance. One of M(h)aol’s bassists takes the stage, migrating from the sound board of Mantua’s set.

The drummer takes their throne behind a set of a kick, snare, hi-hat, and floor tom, backing the band in steady rhythm to balance its heavy lyricism. M(h)aol’s instrumentation and musicality similarly challenge the canon of post-punk bands. The Lord Kingsale allows an intimacy between the musicians and audience members, communicating the intentionality of their message.

M(h)aol’s progressive conceptual music merges an energetic punk show with a rally for social justice. The music exists to amplify the lyricism of poetically intuitive lead singer, Roisin. The bassists back Roisin’s spoken word with screeches of guitar strings and Zoe Greenwood’s use of a bow atop bass strings.

M(h)aol’s live performance completes their curated aesthetic, providing a visual representation for the band’s sonic aesthetic. Experiencing a concert of an international band in their home country exposed me to the music culture of Ireland. M(h)aol’s performance at The Lord Kingsale felt like the appropriate venue for Gender Studies, uniting an audience in support of the struggle for universal human rights.

Keep up with M(h)aol on social media @mhaolmusic ! 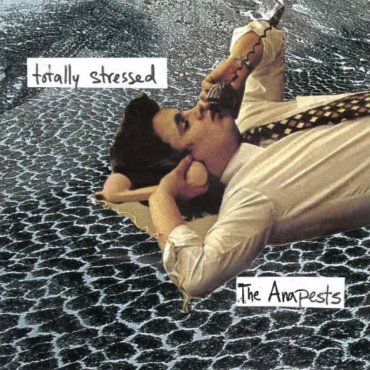 Lexi Delarosa Music Journalist Kicking off with the steady and speedy guitar followed by slow and soft vocals, The Anapests begin their 2021 album “Totally Stressed” with the song “On Plunging a Toilet.” The Anapest will be performing at the monthly KTSW Third Thursday event at The Porch starting at 9 p. m. The band is devised of three members: Lance Higdon on percussion, Paul Johnson on the bass and […]